This year, we are proud to once again partner with the University of the Fraser Valley to present the 11th Annual National Philanthropy Day luncheon.

We look forward to gathering together in person to celebrate community and to present the following awards to individuals and organizations for their outstanding contributions: 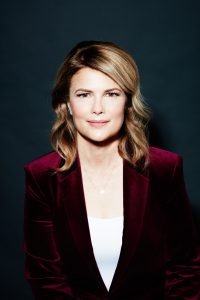 Community leader, activist, veteran broadcaster, cancer survivor, mother and former federal election candidate.  Born and raised in Vancouver, Tamara is a community leader who advocates for others and raises much-needed funds for many important causes. Throughout her career as a broadcaster on local television, radio and digital media, Tamara earned her place as a trusted voice for people in Vancouver. She has focused two decades’ of volunteer efforts on health care and the well-being of children and people with disabilities.

Tamara’s 2014 TED Talk, “Two Conversations that Changed My Life”, struck a chord with medical professionals and universities around the world, by reframing the way healthcare practitioners communicate hope.

In 2015 Tamara was awarded the Order of BC—the highest honour awarded by the Government of British Columbia—in recognition of her years of public service. She also received an Honorary Doctorate of Laws from the University of the Fraser Valley in 2016.

Tamara and her husband Dave have three children—son Beckett and daughters Zoë and Poppy. They also share their home with George their Airedale Terrier, Penelope their rescue dog from Mexico, and rescue cats Broccoli and Brussel Sprout.

Volunteer of the Year Award

Your ticket for the: 2021 National Philanthropy Day