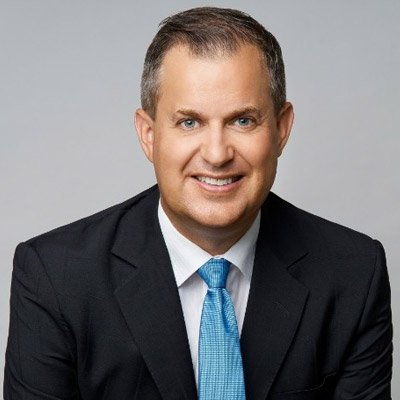 David Lanphear has built his career in banking in the Fraser Valley with Envision Financial. He joined what was then called First Heritage in 1998 as a Financial Services officer and worked his way up the management ladder and on January 1, 2016 became President of Envision Financial.

He and his two sisters all graduated from high school in Hope where his father Keith had been the Superintendent of Schools for Fraser Cascade. They all went on to university and David earned a degree in Criminology from UFV.

After he graduated David realized he was more suited to the finance and investment world and began taking securities courses. In 1999 David moved to Abbotsford and he married his wife Wendy in 2003. In 2005 their son Mathew was born at MSA Hospital and three years later their daughter Megan arrived at the new Abbotsford Hospital.

David has been active as a volunteer for many years. Before he had his own children, David was a part of the Big Brothers In School Mentorship Program in Abbotsford and after having his own children, started serving on the board of Big Brothers Big Sisters of Langley for five years with his last year being President of the agency. He joined the board of the Abbotsford Community Foundation in 2012, where he was chair of the Fund Development Committee and 2nd Vice Chair of the board. Since June 2017 David has served on the Board of Directors for Canuck Place Children’s Hospice as well.

One of his favorite volunteer experiences is coaching his son’s minor hockey team alongside his father Keith, which they have been doing for a number of years.

“My parents were always involved in the community, coaching sports, running bake sales to raise money, or helping organize local events. They taught me that giving back to the community where you work and live and where your kids go to school, is important. A vast number of people think this (community activities and services) just happen, but they only happen when people roll up their sleeves and get involved. It’s a rewarding experience, you feel good about serving the community that gives so much to you and your family,” he said

Your ticket for the: David Lanphear’s Legacy Story