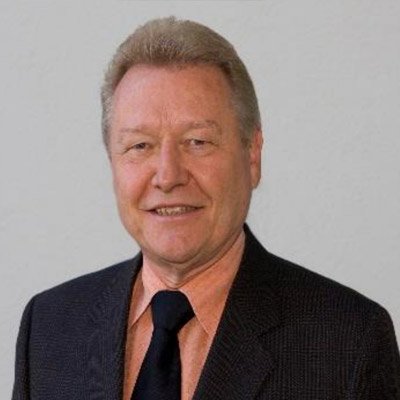 Hank was the first person in his family to be born in Canada. Three older siblings, John, Aggie and Kay and his parents John and Elizabeth had been born in the Ukraine. Following Hank’s birth there were two more sisters added to the family – Betty and Elsie.

“The family’s first home in Canada was in Northern Alberta, in the small town of La Glace just outside of Grande Prairie,” said Hank. “They arrived in June, 1948 and I was born in October in the neighbouring town of Hythe. My mother’s sister had moved there in 1926 and sponsored the family to move to Canada. Ukraine in the 1940s, for a German family, was a place you didn’t want to be if you could find a way to be somewhere else, so we were very fortunate,” he said.

After three years of enduring the cold Alberta winters, the family moved to Chilliwack because his mother had another sister living there. John and Elizabeth bought a small farm – only two and a half acres. “We had 2,000 chickens 1 milking cow, a few pigs and the rest was a large raspberry field. “

For 25 years I couldn’t eat raspberries because all of us kids and my mom spent most of the summer months picking raspberries. I would see the other kids going off to have fun in the summer but all we had to look forward to was work. We’d go work for a neighbour picking strawberries, then pick raspberries and then it was time to go back to school.

Hank graduated from Chilliwack High School and then received a Bachelor of Commerce degree at UBC where he graduated in 1973 and then stared working for KPMG in Vancouver, earning his CA degree in 1975. “

KPMG bought an office in Abbotsford in the early 1970s and three of us came out from Vancouver to help run it. I retired from KPMG in 2007 after 34 years in accounting,” he said. Hank’s wife Pam worked for the Bank of Montreal in Abbotsford before taking on the responsibilities of a full time mom.

Hank and Pam have three grown children including their son Jonathan who just graduated from medical school and is starting his career as a resident in a New York City hospital. His daughter Andrea is married with a three year old daughter, Grace and lives in Abbotsford. His other daughter Brittany, also married, started off studying sciences at the University of Victoria, but switched to an accounting program at UBC, articled with KPMG in Vancouver, and joined KPMG’s Abbotsford office in 2013.

Hank has been a volunteer with the Abbotsford Community Foundation since 2006, including nine years as a board member where for some of that time he served on the executive as Treasurer. He is currently chairing the Planned Giving Committee. Other community service included President of Big Brothers Big Sisters of the Fraser Valley where he had been a “big brother” before his children were born, serving on the Board of Directors, Treasurer of the Lions Club, and many years on the board of the Abbotsford Chamber of Commerce, including one year as President. He is currently volunteering as the Director of Administration of the Abbotsford 2016 BC Summer Games. Hank is one of Abbotsford’s community champions.

Your ticket for the: Hank Kroeker’s Legacy Story