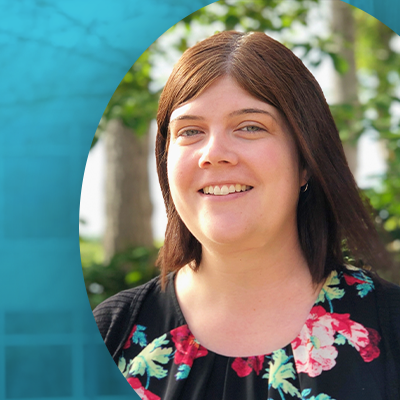 When Kelly Towns completed high school in 1999, she wasn’t sure what type of career she wanted to pursue, but she did know one thing; she was passionate about helping others and working with her community. Despite moving a few times throughout high school, including a big move from Ontario to BC halfway through her grade 12 year, she maintained good grades and a desire to make a difference. Looking back, she now realizes that these experiences are what shaped her. She learned the essential skills needed to reach her goals, like making new connections and staying resilient through tough times.

An unexpected yet welcomed surprise

Although she wasn’t very familiar with Abbotsford Community Foundation’s (ACF) Student Awards Program as a new student to the Abbotsford School District, she chose to apply with little expectation. Kelly was thrilled and honoured to learn that she was the successful recipient of an award at her graduation ceremony. The award gave her the extra support needed to continue working towards her goal of working with others.

With no specific career path in mind, Kelly decided to apply to the University College of the Fraser Valley’s (now UFV) Bachelor of Business Administration program. Not only was she eager to live at home and save money, but she also enjoyed the short commute to campus and the small class sizes. Familiar faces and community were essential to Kelly. She also knew studying business would propel her into a career of working with others. Little did she know that her experiences in post-secondary would dramatically shape her future.

The opportunity of a lifetime

As a Branch Manager, she plays an active role in the credit union’s work with the community. Aldergrove Financial has a long-standing history of supporting Abbotsford residents, which is something Kelly is proud to be part of. She also enjoys being a part of the selection process for Aldergrove Financials’ scholarships through ACF’s Student Awards Program. It’s a full-circle moment for Kelly, who says it’s incredible hearing the stories of high school students. With the recent flooding in Abbotsford, the highlight of Kelly’s career came when she had the opportunity to drop off a cheque for $50,000 to the Abbotsford Community Foundation for the Abbotsford Disaster Relief Fund. Not only has Kelly had a long and fulfilling career, but she also continues to do what she set out to do: help her community.

Your ticket for the: Kelly’s Story