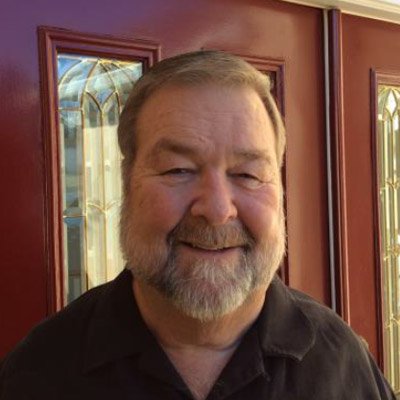 Larry has been a resident of Abbotsford since 1971. Born in Regina in 1945 he grew up in Regina, Winnipeg and Edmonton. His family moved several times during his formative years with his father, Jim, being a furniture manufacturer’s representative. Larry earned his Bachelor of Arts degree at the University of Alberta in 1966 and received his law degree from UBC Law School in 1970.

Larry articled for the Vancouver law firm, Lawson Lundell and stayed on as an associate until he joined with Peter Linley in acquiring the assets of the Clearbrook branch of MacFarlane, Friesen and Gaff. The new firm was named Linley Duignan. At the time there were only six other lawyers in Abbotsford, now there are over 100.

Before retiring in 2009, Larry served as president of the Fraser Valley Bar Association and helped start the Abbotsford Bar Association. He was also a member and later chair of the MSA Hospital Society and a director of the Ledgeview Golf & Country Club. He was on the executive committee of the 1995 Western Canada Summer Games and was the volunteer legal consultant for the BC Summer Games in 2004.

Larry married Lynda on moving to Abbotsford in 1971 and they have two adult children, Frank who lives in Vancouver and daughter Molly living in Toronto who recently gave birth to their first grandchild, Riley.

Prior to his retirement Larry and Lynda purchased a beachfront condo in Maui and have spent many months there while also enjoying other forms of travel to various parts of the world.

Your ticket for the: Larry Duignan’s Legacy Story