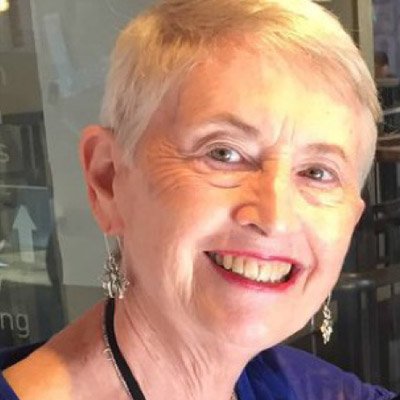 Marilyn Hamilton has been a resident of the central Fraser Valley since 1983. She and her husband Peter Dobson resided in Mission and Abbotsford, after returning to Canada in 1982 from a series of international construction and development assignments (in USA, Bahamas, UK, Europe). Marilyn (nee Herbert) was born in 1947 in Saskatoon Saskatchewan as a second-generation Canadian. Her father, Jack Herbert’s parents came from England and Scotland and Irene Cheshire, her mother’s parents came from northern Alberta. She grew up with two younger brothers, Richard and Garth, living and learning in six cities across Canada.

Since 1984, Marilyn learned from the leaders, caregivers and philanthropists of Abbotsford what it means to build bridges to co-create a better community. The complexity, resourcefulness and caring of Abbotsford citizens, civic managers, civil society and business leaders, inspired her to create a website www.integralcity.com, Integral City Meshworks and TDG Global Learning Connections (all divisions of her firm TDG Holdings Inc.) . Since the 1980’s, (inspired by James Lovelock’s proposition that humans are “Gaia’s Reflective Organs”) she became an author/editor, professor, consultant, researcher and catalyst of city dynamics. Marilyn’s series of books, tools and frameworks for city change integrated placecaring and placemaking for: leaders, teams/groups, organizations, communities, cities and metro/regions. Marilyn nurtured communities-of-practice using her approaches around the world in Canada, USA, Mexico, Russia, Netherlands, Spain, Scotland, Australia, China and online.

Although Marilyn’s curiosity took her to academia for post-graduate studies, research and teaching, her most rewarding learning always came from the frontlines of community capacity building. Over the years, Marilyn served Abbotsford as Chair of Imagine Abbotsford, President of Abbotsford Community Foundation, President (VicePresident and Past President) of the Chamber of Commerce, Director BC Chamber of Commerce, Founding Co-Chair of the Abbotsford Healthy Community Project, VP Volunteers for the Western Canada Summer Games 1995, Director of Abbotsford Airport Authority, Co-Chair of the Future Now Campaign for University College of the Fraser Valley, Member of Advisory Committee to three Presidents of the University (College) of the Fraser Valley and Treasurer of Clearbook Golden Age Society. In addition, Marilyn facilitated many strategic planning sessions, leadership development and capacity building workshops for municipalities, government departments (at all levels), not-for-profit agencies, health authorities, recreation associations, private sector organizations and First Nations.

Marilyn was a graduate of the University of Toronto (BA, English; Diploma in Translation). She was a CPA/Certified General Accountant, with 30+ years of multisector, international experience. She completed her PhD (Administration and Management) in 1999 at Columbia Pacific University. The Berkana Online Community of Conversations (sponsored by author Meg Wheatley et al) served as her case study, to demonstrate how learning and leadership occur in self-organizing online community systems. She had the privilege of engaging with many world leaders of the integral movement and contributing to its co-creation (Ken Wilber, Don Beck, Margaret Wheatley, Marilyn Schlitz, Rupert Sheldrake, Elisabet Sahtouris, Ervin Laszlo).

Marilyn is a lifelong learner, with a strong commitment to helping cities evolve as “Gaia’s reflective organs”. Peter Dobson, Marilyn’s husband, passed away in 2017 (see his separate story). The families of their two children and grandchildren live nearby in Chilliwack, Mission and Maple Ridge.

In appreciation for the many blessings she has enjoyed living, working, learning and playing in Abbotsford, Marilyn has included in her will, a legacy for the Abbotsford Community Foundation

Your ticket for the: Marilyn Hamilton’s Legacy Story