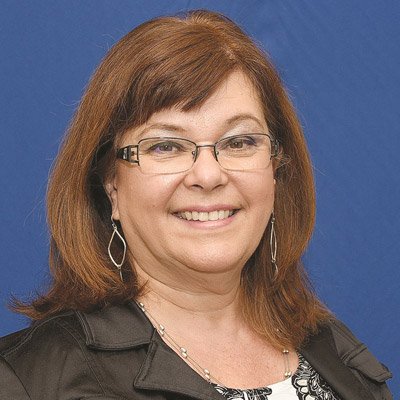 As the undersigned, is contributing to the future of the community of Abbotsford through a bequest to the Abbotsford Community Foundation for her endowment fund called “Shepherds Watching Over Us”.

Marion Juhasz was born in Ontario to Hungarian immigrant parents, who actually met in Canada as part of the large, vibrant Hungarian community that existed in southwestern Ontario in the 1950’s. Marion was given the opportunity to grow up in Canada while not losing the traditions of her ethnic background. She only learned to speak English prior to entering kindergarten and meeting her first English-speaking friends.

Her journey to BC began when she married her high school sweetheart Walter Dona on Dec. 19, 1981. The couple left Ontario Dec. 26 and drove across the country to Mission, B.C. where her husband was posted with the RCMP. After settling in Abbotsford, they never left.

Marion graduated as a Certified Management Accountant in 1985. Her career has varied from working for Bendix in AR collections to CA firms in both London, Ontario and Langley BC to managing the office of an abattoir in Abbotsford. She joined Golden Valley Foods in 1986 and enjoyed many opportunities as she advanced from office manager to controller.

Marion and Walter’s son Brenden was born in Abbotsford in 1989, followed by their daughter Marissa in 1992. Brenden is married to Crystal and living in Abbotsford, while Marissa studies at the University of Calgary.

Marion has served the community in many capacities, including managing of her son’s Abbotsford Minor hockey team for many years as well as serving on the finance committee of St. James Parish. She was asked to serve on the Abbotsford Community Foundation grants committee in 2007 and joined the Board in early 2008. She became treasurer and joined the Executive Committee in 2010.

Having visited Cyrus Centre in 2007 or 2008 as a member of the grants committee, Marion saw firsthand that Cyrus Centre supports at risk youth and meets the needs in this community in a similar way as her favorite charity, Covenant House serves Vancouver. As a teenager, Marion said she was very fortunate to have spent a year living in a group home, operated by nuns. Continued contact with the family was one of their stipulations. Her life, she said, could have turned out quite differently had she not had their intervention. “I understand, first hand, she said, that “It is easier to build strong children than to repair broken men.”

In late 2012, Marion decided to establish an endowed fund to provide support for a charity of her choice when she no longer can. She chose Cyrus Centre as the beneficiary for the income from her fund, named “Shepherds Watching Over Us”.

This unusual name was chosen for several reasons, she said. “First of all, shepherds were the first to visit Jesus after his birth. To this day, I cannot listen to the story of Jesus’ birth as told in the gospel of Luke without hearing the voice of Linus, explaining the true meaning of Christmas to all the Peanuts gang, by directly quoting from scripture. Jesus Christ is the Good Shepherd and we are all his sheep. He has directed all of us to follow his lead and emulate his behaviour.”

Last, but not least, and a reason that has special meaning for Marion, is that her last name, translated from Hungarian, means “shepherd”. “So this is my way of tying my name to the fund without making it obvious. I kept my maiden name as a way of honoring my father, who was an only child. “

Your ticket for the: Marion Juhasz’s Legacy Story