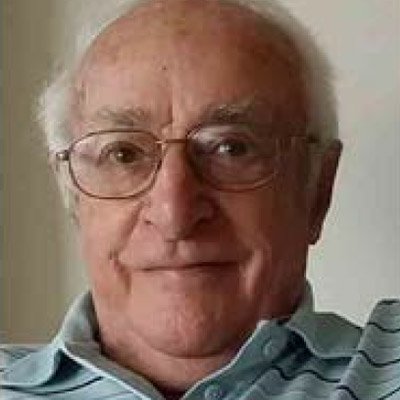 Peter Dobson was an adventurer. The Dobson Clan Coat of Arms signifies the qualities of: peace and sincerity; military fortitude and magnanimity, honor, glorious deliverance from poignant suffering and impending disaster; and the Lion as brave Scottish soldier.

Peter came to Abbotsford from England and Scotland. He was born in 1931 to Scottish parents who had migrated to northern England in the depths of the depression to glean a living. Despite many hardships, Peter was a much-loved child, learning the disciplines of self-sufficiency early, tending with his father ducks, chickens, rabbits, and wire-haired fox terriers. He led the grocer’s delivery horse down the street and even picked coal from the tailings embankments for his family’s coal fire.

Peter sang as a boy soprano in the Manchester Cathedral until his voice broke and WWII broke out. At age 10, Peter was evacuated from Manchester (a target for German bombing) to London – and back to the Manchester area, where his home was bombed and he lost his mother and lost touch with his father. Peter was then fostered in 22 homes.

In his early teens, a family friend guided Peter to learn the trades of roughing, roofing and finishing carpentry. Peter was conscripted into the army in the year of King George’ VIs death, and he was in uniform in front of Buckingham Palace when Queen Elizabeth was crowned. His sharp wit and quick thinking recommended him to assignment with MI5 as a communications liaison who delivered high level communications to Korea during the Korean war. He was also in Egypt during the Suez Canal crisis and learned the intricacies of keyboarding, sending out the sports scores to British troops stationed around the world.

After he was discharged from the army, Peter went back to school and became a District Building Surveyor. He then married Joan and soon was father to Susan and Stephen. From the Manchester area, he moved to Walton and Weybridge near London where he eventually transferred into the private sector, with assignments from McAlpine to rebuild the housing stock around London, develop the harbour at Dar es Salaam, and build his own house across the street from Beatle Paul McCartney.

In 1964 Peter emigrated to Toronto Canada where he started with the high-profile firm of Gordon Adamson Architects. From there he went on to manage projects for Cadillac Fairview, Chrysler Canada, York University, Waterloo University, Ontario Housing and Canadian Pacific Hotels. At Canadian Pacific Hotels as Director of Projects, he restored most of the classic railway hotels across Canada, developed the new Red Oak Inns, built 2 airport hotels (in Montreal and Calgary), and oversaw an international expansion in the 1980’s (in Israel, Europe, Mexico, the Caribbean and the Bahamas).

Following his adventures with CP Hotels, Peter moved back to England where he managed the construction of 2 vehicle-testing facilities for British Leyland in the Midlands.

Returning to Canada, in 1982, Peter married Marilyn Hamilton and settled in the Mission BC area, establishing Dobson Construction Services with son, Stephen. They served medium-size commercial clients around BC’s lower mainland until Peter retired in 2000.

In his late 60’s Peter described his life’s purpose as being “an affectionate winner, embracing and accepting people for who and what they are without judgment”. Peter was considered a kind of “animal whisperer”. With people – whether he was managing construction projects, creating a new symphony orchestra or volunteering in a sports arena – he was admired for his sense of humour, fairness, dedication and love of adventure.

Peter received the Sports BC Award of Community Sports Hero for his decades as community advisor and leader: mentoring youth in the Restorative Justice program, training young golfers, Chairing BC Golf Association District 3, volunteering for Western Canada Summer Games and serving as Director of BC Amateur Boxing Association. Peter was an avid, and low-handicap golfer throughout his adult life. He donated an extensive golf library to the community and his golf clubs to youth playing golf to learn selfmanagement skills.

Peter collected high quality performances of the classical music repertoire and was a model train aficionado. He loved to travel widely – often to the Oregon coast and back to Scotland. He enjoyed cruises around the Pacific, through the Panama Canal, across the Atlantic, visiting New Zealand and Australia, Mexico numerous times and his last trip to Alaska.

Reflecting the Dobson Coat of Arms, Peter valued rules that honoured order in life but did not suffocate initiative. He enjoyed the power of music to transform suffering into beauty and peace. He was a veritable Lion with technology especially on the computer keyboard (no doubt a legacy from teletyping sports scores to the jungles of the world from MI5!). Peter invited everyone he encountered to live life as a grand adventure. He often declared, “Never say you wish you had, always say you’re glad you did!”

As a testament to the community who valued him and that he valued, he created a bursary for Junior Golfers administered by the Abbotsford Community Foundation.

Your ticket for the: Peter Dobson’s Legacy Story