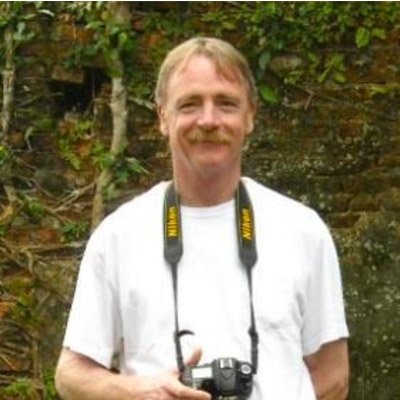 Randy arrived in Abbotsford by way of a job opportunity with the investment firm Midland Doherty in 1987. “I met the manager of the company and quickly realized I wanted to work with her. I pestered her until she finally gave me a chance” he explained. “Plus having spent the last 10 years in Whitehorse, I knew I wanted to live in a smaller, rural setting so Abbotsford was a perfect choice for me.”

Abbotsford was also familiar because while he was born in Richmond and spent his early years in Vancouver, he went to high school in Langley. His parents were from rural Saskatchewan but his father’s job with an oil company led his parents to Chicago and Toronto before they settled in Vancouver.

Investment management wasn’t Randy’s first career. After graduating from UBC with a Bachelor of Commerce degree he went to work for Finning in Whitehorse. “I was sentenced to two years but that turned into 10. I loved the lifestyle. It’s a close knit community and being an outdoors guy who loved fishing, hiking, canoeing and cross country skiing, it was an ideal spot for me,” Randy explained.

Randy left Finning to sell real estate but eventually decided that he wanted to be an investment advisor. After taking all the required courses, he left Whitehorse and embarked on a three month adventure through South East Asia, Australia and New Zealand before beginning his new career in Abbotsford.

Developing long term personal relationships is at the heart of why Randy pursued his career choice. “Helping people is rewarding and I have clients who started with me more than 20 years ago, you get to know them and their families, and they become friends.”

“Your clients need to trust you and to do that you need to meet their particular needs,” he said. “You learn how to relate to people in a way that allows you to offer advice that will suit their personality as well as their financial situation. Often people find investments baffling so how I try to help is by simplifying it for them. That gives them a level of confidence to make decisions,” Randy explained.

But Randy doesn’t confine helping people to his career. It’s also part of his community life. “My dad was always involved in the community with various charities. One year he headed up the United Way Campaign in Vancouver. Through him I could see that doing good makes you feel good.”

Randy has been a volunteer for the Abbotsford Community Foundation since 2000 when he joined the board, serving for eight years and then continued as a volunteer on the investment and planned giving committees.

Randy and his investment team, including daughter Melissa, in the past have supported the Salvation Army’s Christmas basket program and helped out in the kitchen cooking and serving meals to the homeless. Every December they participate in CIBC Wood Gundy’s “Children’s Miracle Day”, allocating some of their fees to raise funds for local charities supporting children and youth.

He hasn’t lost his love of the outdoor activities or adventure travel. Next February he and his wife Linda will visit Thailand and Burma and over the years have travelled extensively in Asia, Europe and South America. Randy is also looking forward to his trip next October with his nephew to Nepal, including a visit to the Mt. Everest base camp. “I won’t be climbing Everest,” he admitted, “just getting a closer look.”

Your ticket for the: Randy Hurd’s Legacy Story