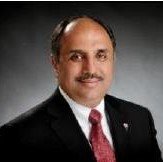 As the undersigned, I, Sukh Sidhu promise to contribute to the future of the community of Abbotsford through a bequest to the Abbotsford Community Foundation.

Sukh Sidhu was born and raised in the Punjab in India. Sukh came to Abbotsford in 1981 and in August of that year he married his wife Amarjit. The marriage was arranged by his uncle. Sukh and Amarjit have two grown children, Raj and Amrit who is a corporate lawyer and both live in Abbotsford. Sukh made Abbotsford home and has lived and worked in the community since 1981.

Sukh began his career in real estate in 1983 with Block Brothers Realty. In 1988 he joined Little Oak Realty which in 1992 became part of the Re/Max franchise and is now Re/Max Little Oak Realty. Prior to becoming REALTOR®, Sukh worked at a poultry farm, food processing plant, direct door to door sales and taught ESL in Abbotsford School district for a short period.

Always interested in community service, Sukh was one of the founding members of the Abbotsford Indo Canadian Business Association in 1986 and served as its president in 2003. He was a member of the MSA Museum Board in 1988 and 1989. Sukh served on the Traffic Safety Committee of Abbotsford for 5 years. Sukh also served on many task forces over the years and volunteer during 1995 Western Canada Summer games.

Sukh was the president of the Fraser Valley Real Estate Board in 2010 and 2011 and prior to that served as a director and vice president and served on many board committees.

Your ticket for the: Sukh Sidhu’s Legacy Story